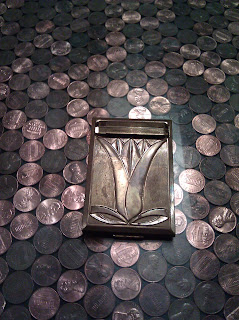 I went to a little vintage fashion sale with Laura of My True Love Vintage. While there, I found this darling little Art Deco compact. There is a tulip/lotus design on the front, and the back is entirely engraved with a delicate herringbone pattern. This was released by Richard Hudnut in the mid-1930s (judging by the patent number registered in 1935). Richard Hudnut released DuBarry, which was the first American made cosmetics line. 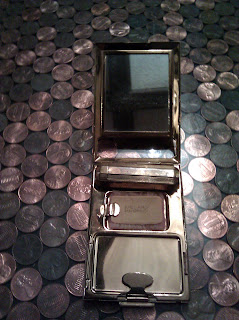 The powder that this originally contained was very finely milled, actually very similar in texture to a loose version of LORAC's POREfection, only heavily perfumed (not unpleasant, but strong enough for the fragrance to survive over 60 years).  Along with the spaces for powder and rouge (it originally contained a very bright pink rouge), this compact has the original DuBarry lipstick included. Let me tell you, your grandmothers were not messing around when it came to their lippy! This stuff has some serious staying power and is just about the perfect red. I got a smudge of it on my hand and it took two scrubbings to wash it off. 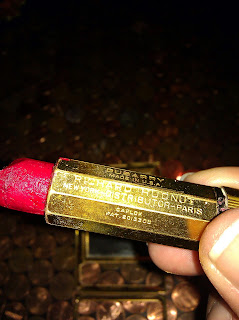 I love these old compacts, they were so much more elegant than their modern counterparts and really give a sense of the personal little rituals of beauty. 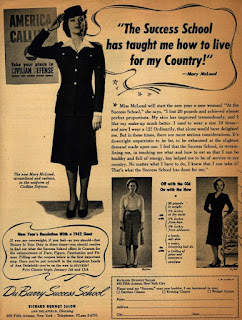 Charming and oh so very un-PC. Am I bringing shame to my country by carrying a couple of extra pounds and drinking a banana bread beer? Nah, I think my makeup, mani and pedi tonight can tip the patriotism scales back.