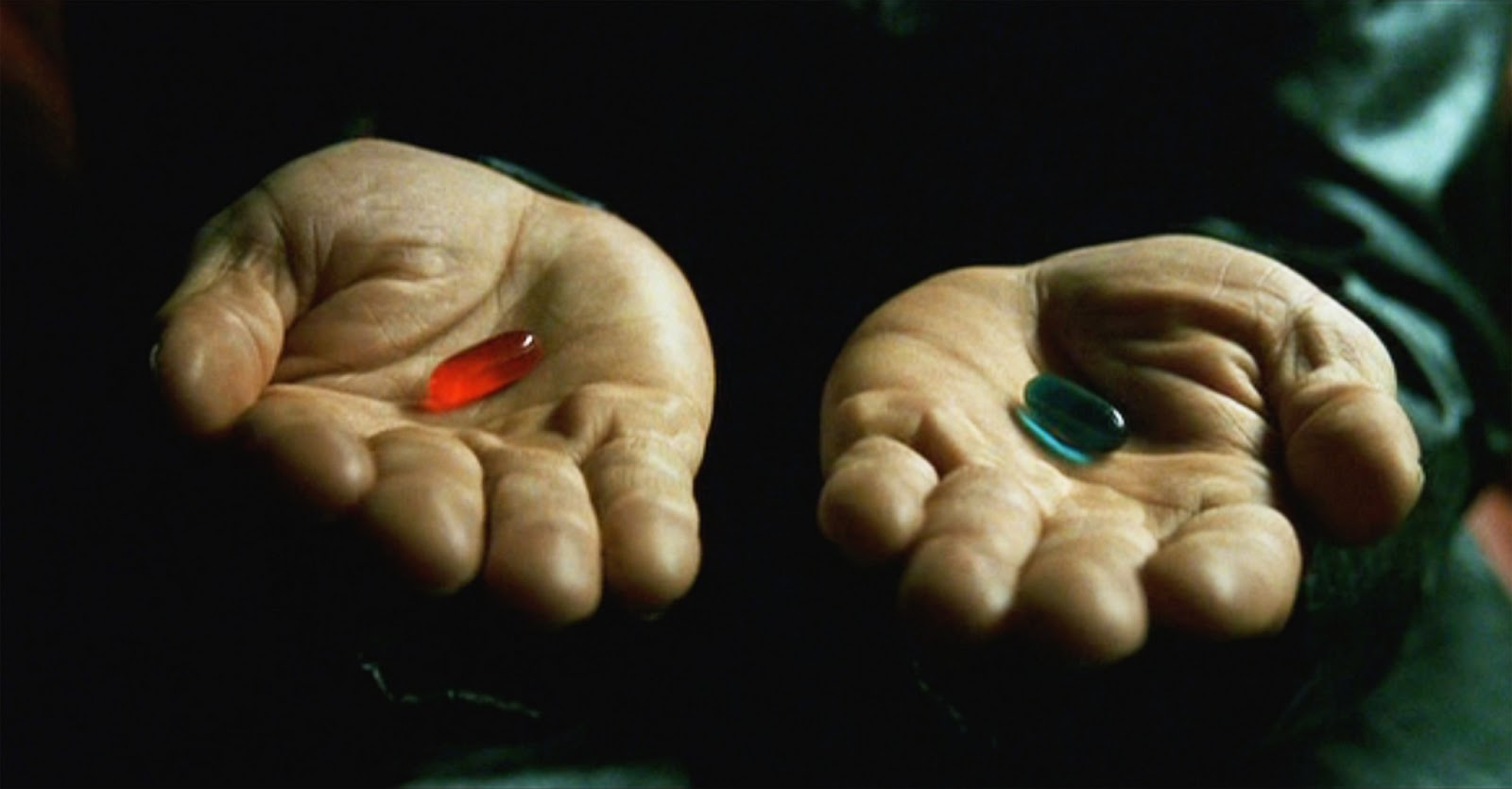 I took the red pill.

I sense that Facebook is on its way out and deleted my account. I have switched to Google+

I would never make a social network my primary point of contact, but it can be a great supplemental form of publicity. I actually determined that the facebook model was bad for my business.

‎"Text friends wherever they are. Reach friends on mobile or chat, and know when they see your messages." Can Facebook go one day without a new anti-privacy tweak? So basically the days of receiving a message, looking at it and saying "meh, I'll get back to it when I have time to think about it, or when I'm done doing real work in the real world, or when I'm off the toilet..." those days are not good enough for Facebook. Now the people you're ignoring or contemplating for a couple of minutes/hours have the luxury of knowing it and you can have all the drama that comes when they're offended.  Facebook tweaks its privacy settings left and right, without warning, and without giving a clear way to opt-out.

They also removed the permissions that once existed to allow you to control who sees when you are commenting on a page, photo, or "liking" a post, making it a free-for-all. Also, despite my repeated denials to allow them to use geolocating (a stalker or home-invader's dream) on my posts or to access my mobile, they kept pushing it.

If you're a business owner, and you are on Facebook to network, consider this scenario. You comment on a link or photo of one of your contacts. Then one of your friends starts chatting with you on the page of this person they've never met, making your client feel awkward. Or your competition starts to follow who you are talking to and what is being said to try and take advantage of the network you have built up and weasel their way into your work. Both of these have actually happened to me. The format is ripe for poachers. I have even had a couple of awkward moments where I had to apologize for Facebook "friends" (people who had added me through shows rather than people I really knew socially) who overstepped and started responding to my clients posts to request work whenever they saw I had reached out to them.

First of all, Google+ is just a superior platform when it comes to streamlining business networking. It makes for a wonderfully seamless integration, because I already use Gmail, Google Calender, Google Bookmarks, etc. I have better control over the social/business circles at G+ . I also like the idea that I can reach a broader audience with invites by not restricting myself to only sending to people who are on the platform, like Facebook does. I can invite anyone with an email address.


Why Google+ Will Kick Facebook's Ass For Business Marketing

For those of us working in a visual field, Google+ has a far better gallery feature  with Picasa integration, larger photos, and “insta-gallery”, to display work with a mouseover that allows you to view an entire gallery easier, rather than having to slog through clicking multiple images one by one, or navigating backwards to the main gallery. Hangouts allows up to 9 people to video chat at once, and has a lot of potential for project collaborations by bringing facial and vocal inflections back into conversing over a distance or to quickly show a group a sketch or color swatches, etc..

One of the reasons I had been staying with Facebook is the idea of networking, but truth be told, Facebook is a *horrible* venue to do business. I have not gotten a single paying gig through the site that I hadn't already met while out in the real world. I find that people are more likely to want my labor for free if their primary point of contact is Facebook. The idea that they "know you" because they are a Facebook friend makes some feel entitled to favors, even if you've only met in person a couple of times. In fact, even when when legitimate contacts did reach me, and did so through Facebook's messages or chat, it was lost under spam and clutter, or in the "hidden" mailbox and garnered nothing but a slower response time and precious business time wasted digging for a message that could have been answered swiftly and kept organized by projects in actual email.  I also couldn't refer back to it after a certain period of time. With Google+ it is sent to my email, where I can keep track of it and file projects accordingly, which is much more efficient.

I find that at least for my own business the labor time spent slogging through posts to find something relevant versus the cut in actual production time isn't worth it (especially with the privacy chiseled away and other people in the industry piggybacking on my own labor for their contacts and overstepping business boundaries) . I would rather produce and market more efficiently...and make in-person connections in a more personal and less time-sucky way. Coffee or beer is good business.

Networking Tips: Why Facebook And LinkedIn May Not Pay Off

I know, I sound like a commercial. But I did my homework before deleting, and I've always been a good trend-spotter. Business is better than ever, despite that fact that I am an early adopter of the platform and the user numbers are not quite up there yet. I'm still getting quality over quantity. More signal and less noise.

THAT SAID...I still don't use G+ as a primary contact. It is a supplemental for my actual site. (which I have to get back to redesigning behind the scenes stay tuned for the rebranding).